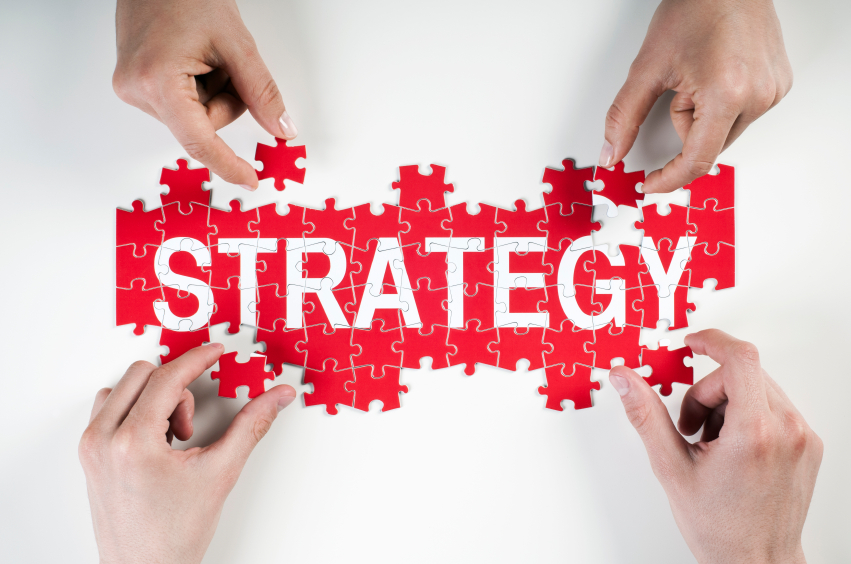 IPTV in Islamabad: A game changer for the way we consume TV

Best Modern Mobile App Features That Will Influence Your App

When You Should Remodel Your Bathroom?

Strategy is a word that is widely used and, at the same time, frequently abused. In this article, we are going to see its definition and some examples from my professional activity.
Perhaps a good start is with examples of what is not a strategy. For example, you may have already heard some of these phrases:

These are all meritorious examples of things we want to be, and they can be good positioning messages for management. But in themselves, they do not constitute a strategy. There are many definitions of “strategy”, the one I like the most is a “Coherent set of actions that solve a challenge”. This definition follows a classic that I recommend: Good strategy, Bad strategy, by Richard Rumelt. A must-read if you are interested in the topic of strategy! One of the key elements in defining a strategy is not only the actions we will take but also a firm determination about what actions we will stop doing, since they distract us from our goal, often absorbing resources.
Following our definition, we must choose which challenge we want to solve, diagnose the problem that this challenge implies, identify in what context and with what resources we can solve it, and with that define a coherent set of actions. The latter is the most difficult point: to satisfy all the parties involved, organizations that are not very committed to their strategies end up defining an almost infinite list of actions that are not very connected to each other, with little synergy, and that demand resources.
Conclusion: the strategy lost strength.
Two decades ago, when I came to Brazil to lead the company where I still work today, we had a small organization with a huge market. Enthusiastic about having their organization in Brazil, our European colleagues came in large numbers to visit us, to “help” us attack all possible opportunities, in all markets. Seen from a distance, two decades later, the result was to be expected: yes, we sold more. And we lost a lot of money… After that initial enthusiasm, we worked for three days to define our strategy. In a scenario of limited resources and large markets, the temptation is to do everything. It was easy to define focus markets, but it was difficult to give up several markets, including the Brazilian oil and gas market, which in those years had investments of billions of dollars. Three months after implementing our strategy, we had a litmus test: a colleague from Germany wanted us to participate in an O&G (oil and gas) project. Saying “no” required a lot of discipline, authority, and conviction.
The result was extraordinary: the speed of growth was not affected at all, but even increased even more. And we go on to make a profit. Today, two decades later, we are undisputed leaders in the selected markets, and with this, we are leaders in the Brazilian instrumentation market. And we have resources to continue expanding our operations.
A strategy is a coherent set of actions that solve a challenge.

In the abuse of the word “strategy”, it is easy to see sins by excess and by the defect. Let’s start with the sin of excess: not everything is strategic, even though in many meetings an extreme use of “Strategic” is heard as an adjective for almost any action. A decision is strategic when it demands the irreversible application of important resources, applied to the actions of our strategic plan. If the resources are not important, or the application of these is reversible, the decision is not strategic. That’s not to say it’s not an important decision, but it’s not strategic. For example, after choosing a focus industry, we dedicate vendors who have worked in that industry for years, first building our presence, then consolidating it, until they are leaders in that market. While we could reverse the industry choice, we had already put in a lot of time and resources, so we had better pick those industries well. To miss that choice would have led our plan to failure.
The other extreme is to err by default: ignore the details. Strategies at “10,000 meters high” tend to ignore details, which is a shame, because it is often in the details that our coherent action plan, our strategy, can be based. And it is in those details that sometimes the cracks appear between the different actions that should be part of our coherent plan.

Of course not! But let’s calm down, this can depend on many elements, and the main one is what industry you work in. And there will be no shortage of consultants telling you that, with digitization, your strategy is no longer useful, even when they did not take the time to even know it.
For me, it’s important to consider two influences: the challenges we as a company face globally, and the unique challenges we face in our local market. Thus, our coherent action plan results from the intersection of global and local challenges that we want to solve. In Brazil, we have implemented two strategies so far: the one from 2006 and the one from 2015. Of course, both evolved with continuous refinements and additions, but the essence of the 2006 strategy persisted until 2014 when we understood that our strategy had exhausted itself, and we designed the 2015 strategy, whose core persists to this day, even though in the last three years it had a significant rejuvenation to adjust it to B2B electronic business.
Of course, I am talking about the strategy that encompasses the most macro elements of our activity. Many other coherent action plans are developed from this strategy, to face challenges that involve only a part of our activity.
A strategic decision demands the irreversible application of important resources.

A company’s strategy is too important a topic to be treated superficially. It requires an in-depth discussion, in which the challenge to be resolved is identified, and a coherent set of actions to resolve that challenge. Although this may not always be the case, if developing a strategy results in a list of actions that have a bit of everything to serve all stakeholders, it is most likely that you have not achieved a coherent set of actions, and that dedicate resources to issues that will not lead to solving the challenge posed. It will be a good time to start over!
Digital MarketingStrategy
Share

Maximize Your Workout: Tips for Training at Esporta Fitness

IPTV in Islamabad: A game changer for the way we consume TV

Best Modern Mobile App Features That Will Influence Your App

When You Should Remodel Your Bathroom?

How to Prepare for a Home Renovation?